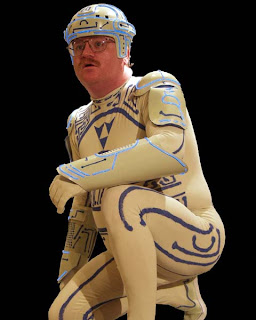 If any more proof were needed that technology can lead to the creation of events, ROFLCon seems tailor-made to provide it. The conference, which was first held in 2008 and was reprised this spring on the MIT campus to a sold-out audience, is named after the acronym,”rolling on the floor, laughing” — Internet-speak for “That was really, really funny.”

The idea spun out from a tweetup of Harvard undergraduates who founded the conference as a way to meet their online heroes, such as the viral phenomenon known as The Tron Guy. Attendees seemed to have had a good time — who wouldn’t get a kick of out of meeting the creator of Clippy? — while tackling serious subjects, like how the Internet is changing cultural notions of celebrity, and race and the Internet.