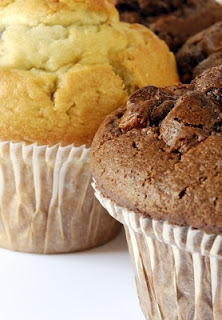 Three years ago it was the AIG Effect. Today it’s called Muffingate. Literally today — with a new report from the U.S. Department of Justice’s inspector general decrying “wasteful or extravagant spending” at DOJ conferences, splashed on the front page of this morning’s Washington Post.

Those $16 muffins are proving to be the real killer, because, c’mon, how can you possibly justify $16 a throw for breakfast pastries? Well, the good folks on the MeCo Google Group have some thoughts on that, in case anyone at DOJ is listening. Their active discussion is here, and includes lots of thoughtful parsing.