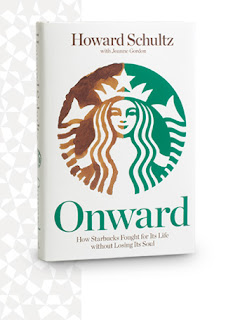 But maybe even rarer is the CEO who not only acknowledges the key role of events, but dives into their details, from the psychology of site selection down to the messages sent by the materials used in the exhibit hall.

But that’s exactly what Howard Schultz, CEO of Starbucks, does in his book Onward: How Starbucks Fought for Its Life Without Losing Its Soul, as he describes the pivotal role that the Starbucks 2008 North America Leadership Conference played in reviving the then-faltering Starbucks brand.

New Orleans plays a co-starring role in the narrative about the conference, where, Schultz writes, “at this tenuous juncture, our partners needed to connect with me, with other Starbucks leaders, and with ones another, not online, but in New Orleans.”

There was the local coffee culture, but also the city’s ongoing battle to recover from the effects of Katrina. “At that time, no other U.S. city’s experience seemed like such a natural extension of our values as well as our crucible,” he writes.

I’ll stop there, because Schultz’s story about the conference is so well-told, you should read it yourself.  And you can, in this excerpt from the book in the July issue of Convene.