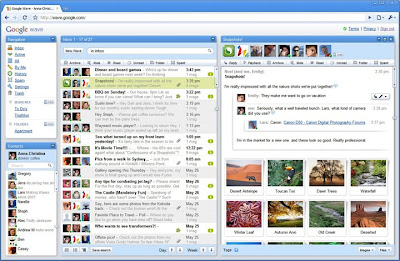 So it goes. Perhaps many of you out there in TV Land were not even aware of Google Wave’s existence; and, if you were, you still may not have had any idea about what it was or what it did — and I’ll wager it was an even smaller minority that had a clue how to use the thing. I sure didn’t.

But it seemed promising, at first. And now it’s departed. Earlier this week — which is how I learned of its untimely demise — Slate’s Farhad Manjoo wrote a good post-mortem of this “real-time communication and collaboration” website that Google unveiled last year.

In the story, Manjoo quotes Google CEO Eric Schmidt, who, commenting on why it was OK that Google Wave failed, offered some advice which wouldn’t hurt any meeting planner, association, or corporation to take. Schmidt said:

“Remember, we celebrate our failures. This is a company where it’s absolutely OK to try something that’s very hard, have it not be successful, and take the learning from that and apply it to something different.”

I wonder which of the current innovations being tossed around the meetings industry — hybrid meetings, social networking, “Twitterfalls,” non-PowerPoint presentation tools, virtual exhibit halls and trade-show floors, and so on — will prove their mettle and be adapted permanently (or at least, that is, until the next big innovation comet hits, killing off most of what’s come before) into a meeting planner’s toolkit, and which will be consigned, like Google Wave, to the boneyard of history. The betting window (aka the comments box for this post) is open.