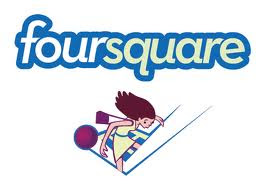 As Kevin Richardson, CRM manager for Freeman, put it, to most people in the meetings industry, “Foursquare still means a game that they played as kids.” That could soon change, Richardson added, as exhibitors began to experiment with new ways of connecting with people using the application.

And that’s exactly what’s happening at ASAE’s 2010 Annual Meeting and Expo 2010 in Los Angleles, where nine technology services exhibitors have teamed up to create the “Tradeshow Booth Crawl.” Attendees who use Foursquare to check in at all the booths on the exhibition floor at the LA Convention Center become eligible for prizes, including gift cards, a camera, and an iPad.

Business was brisk today, the opening day of the Expo. The game required attendees to ask booth personnel to initial a gameboard, which proved to be a great conversation starter. “Technology is changing the way we build relationships, but people create relationships,” said Jim Kelly, COO of Syscom Services, a participating company. “The booth crawl is designed with people in mind. We hope this social experiment will not only increase traffic to our booths and bring attention to our new products and services, but create a platform for engagement among conference attendees. Let’s give them something to talk about!”