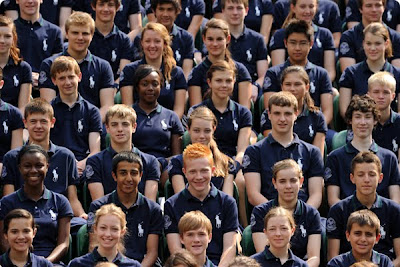 The Visit London press trip wrapped up this past Saturday, and after a short English holiday with my wife, I’m back at work, sifting through piles of business cards from the many contacts I made, not to mention stacks and stacks of brand-new memories. Two final postcards from the other side of the pond:

1. A world-class tennis event is a meeting with strawberries and cream. Visit London pulled out all the stops on this trip, which on Saturday culminated in a visit to Wimbledon, where we learned about ticket packages (easily reconfigured as incentive trips), toured the handsome new Wimbledon Lawn Tennis Museum (available for events), and watched some dazzling tennis (Sweden’s Robin Soderling beat Brazil’s Thomaz Bellucci 6-4, 6-2, 7-5, while Russia’s Maria Sharapova beat the Czech Republic’s Barbora Zahlavova Strycova 7-5, 6-3). It was particularly interesting to watch what happened around the court while a match was going on, which was both everything and nothing — armies of ball boys and ball girls (pictured above), line judges, umpires, and other officials, all positioned exactly where they’re supposed to be, moving and speaking only when they’re required to and only in prescribed ways, all in service to the players. Just like meeting planning, with logistics, ground rules, regimentation, and even pageantry — the science of an event — setting the stage, then receding into the background while the art of an event plays out.

2. Destination marketing is older than Jane Austen. On Monday, my wife and I spent the day in Bath, the historic spa town about a hundred miles west of London where Jane Austen lived for part of her life and which featured in several of her novels. During a walking tour, we learned about Richard “Beau” Nash, who became the city’s Master of Ceremonies circa 1705, when its popularity as a resort destination was just beginning to rise, and who eventually appointed himself “King of Bath.” Something of a dandy, Nash introduced elegant new rules for social conduct and dress, and in 1708, he commissioned the building of the Bath Assembly House, which soon became a primary gathering place. According to a BBC profile of Nash, “Within three years, Bath was turned into the most desirable location in the country, even drawing socialites from the continent.” It’s not overstatement to say, as the BBC does, that “it was Bath that made the man, and the man made Bath.” Could a destination marketing  executive ask for a better epitaph?