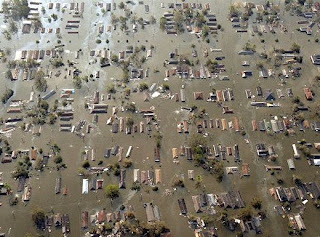 After Katrina hit the Gulf Coast five years ago, the pair left their comfortable lives as Washington, D.C., professionals, and moved to New Orleans to mobilize volunteers to rebuild hurricane-damaged homes.

By Spring 2009, St. Bernard Project volunteers had rebuilt 200 homes and were working on 37 more; today they have completed more than 300 houses and 50 more are under repair. But, as McCartney has pointed out, nearly 900 families who own homes are still living in FEMA trailers. And more than 6,000 families own homes that they can’t afford to rebuild.

In 2009, the Project had just announced that it would offer free mental-health services to storm survivors in partnership with Louisiana State University: “We saw that our clients were alive,” Rosenburg said at the time,”but not really living.”

They couldn’t have known then how the BP oil spill would further traumatize residents, bringing more layers of stress and uncertainty. The Project has responded by launching a fundraising campaign to expand their mental health services to those affected by the oil spill.

It’s no real surprise, then, that McCartney, Rosenburg, and the St. Bernard Project would mark the five-year anniversary of the hurricane with …. more work. A marathon 50-hour-long building session started yesterday and will continue until 3 p.m. tomorrow.

A strong finish, not quitting, is what is on Liz McCartney’s mind these days. That means, among other things, understanding that the recovery is not complete until all residents are back in safe and humane homes, she wrote in an editorial for CNN.

Maybe the most inspiring part of their story is where they began: with almost no construction skills between them.