Music City Center, a pet project of Nashville Mayor Karl Dean for several years, will when it opens sport more than 50 meeting rooms, two ballrooms, 36 loading docks and a 350,000-square-foot exhibit hall “acoustically designed to double as a concert hall.” The new convention center will even have a park-like “green roof.”

This past week, according to Nashville TV station WSMV, “construction crews [began] blasting and drilling on the far side of the Country Music Hall of Fame to remove about 360,000 tons of rock before work begins on building the new convention center.”

As such, convention center geeks might be interested to know that a fun “construction Web cam” is available via OxBlue Construction Camera Service. Click here to see how the new Music City Center is coming along. (Answer: Not much just yet, but there’s a cool time-lapse option so you can watch the progress thus far.) 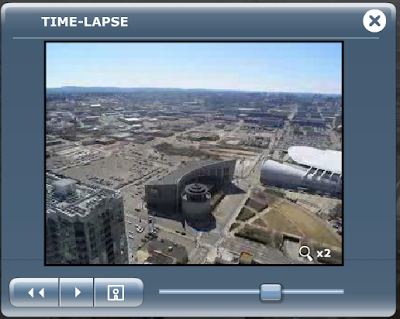 We’ll all have to watch and see whether Music City Center lives up to this quote by Mayor Dean:

“Modern convention centers don’t have to be big boxes. They can be architecturally attractive buildings that fit into the fabric of a neighborhood.”