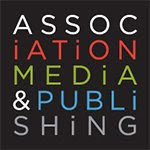 I’m guessing this isn’t that unusual a cocktail of emotions for a meeting planner to experience once a show is over.

But, as the co-chair of the 2010 AM&P Annual Meeting Committee, I did help organize the meeting, played a major role in shaping its content, and was there every morning before programming began and every night after things wrapped up, serving as a kind of host and cruise director. Which brings me to the only takeaway that my tired brain seems capable of remembering tonight: Commuting to a conference as an attendee/volunteer is really … challenging. The AM&P Annual Meeting was held in Washington, D.C., where I live, so I headed home every night, but usually not until nine or 10 o’clock — only to be back at seven the next morning. In retrospect, perhaps this was a mistake, because it even though I was fully involved as an attendee and a volunteer leader, and even though I couldn’t be prouder of the event we put together, I’m not sure that I was immersed in the experience of the meeting to the fullest extent possible.

Have you ever planned and worked a meeting that was held in the city where you lived? Did you stay at the conference hotel, or go home every night? Is there a case to be made for each approach?