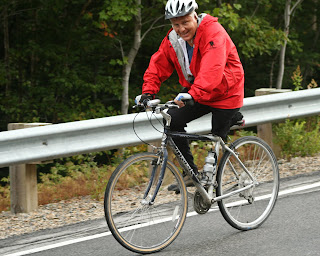 Because of the way the world works, some of the most interesting things that our current Leading by Example profile, Disabled Sports USA Executive Director Kirk Bauer, had to say when I interviewed him were around the topic of leadership — and we didn’t have room for many of them in the article. So we’re pleased to present — as a Convene blog exclusive! — some choice quotes from a man whose leadership style was born in the jungles of Vietnam:

As a noncommissioned officer with the U.S. Army’s Ninth Infantry Division arriving in the Mekong Delta in 1969: “Because I was a new insert into an existing unit, I did not go in with the attitude that ‘Hey, I’m in charge. You’re gonna do what I say. Screw you if you don’t.’ Mine was more to work with the unit that I had to get them to jointly assume the responsibility that we had to go on operations and do what we needed to do, and to lead by example. I was very, very adamant about that. For instance, when I first got in there, one of the most dangerous jobs was walking point, because you were either exposed to ambushes, sniper fire, or booby traps, and you were basically the person who cleared the way as you were going through the ridge line and across the paddies and along the hedge rows and in the jungle. I felt that if I was going to ask other individuals in my unit to walk point that I needed to share that responsibility. I finally was told by my commanding officer that that wasn’t my job — that I was supposed to be commanding this unit. So I had to pull back on that, but I felt that it was important that I showed to my men that I wasn’t afraid to walk point and that I was willing to assume responsibility so I could ask them to assume responsibility at critical times. That is the way I approached things.”

The evolution of his leadership style at Disabled Sports USA: “When you’re dealing with an organization that’s got little chapters and power centers all over the country, you sometimes tend to be — I developed a little bit of an autocratic style, because you really have to keep people together. Everybody wants to go off in different directions, so it was a little bit of ‘This is the way we’re gonna do it. If you want to work with us, this is what you gotta do.’ But at some point, I realized as executive director that that only carries you so far, that you really have to start listening to what the local community people, what your constituents, are wanting or needing, and then start responding to that. I learned in the late-’80s, probably the mid-’90s, that I needed to begin to change my method of leadership from one that very much pushed it on them so we could create some order, to starting to make it more of a give-and-take — listening, doing surveys. We started having meetings where we would go to an event of chapter leaders and say, ‘What do you think of this?’ We started surveying participants and looking at what their responses were.”

Look for additional content from our interview with Kirk — including audio snippets — in future blog posts.